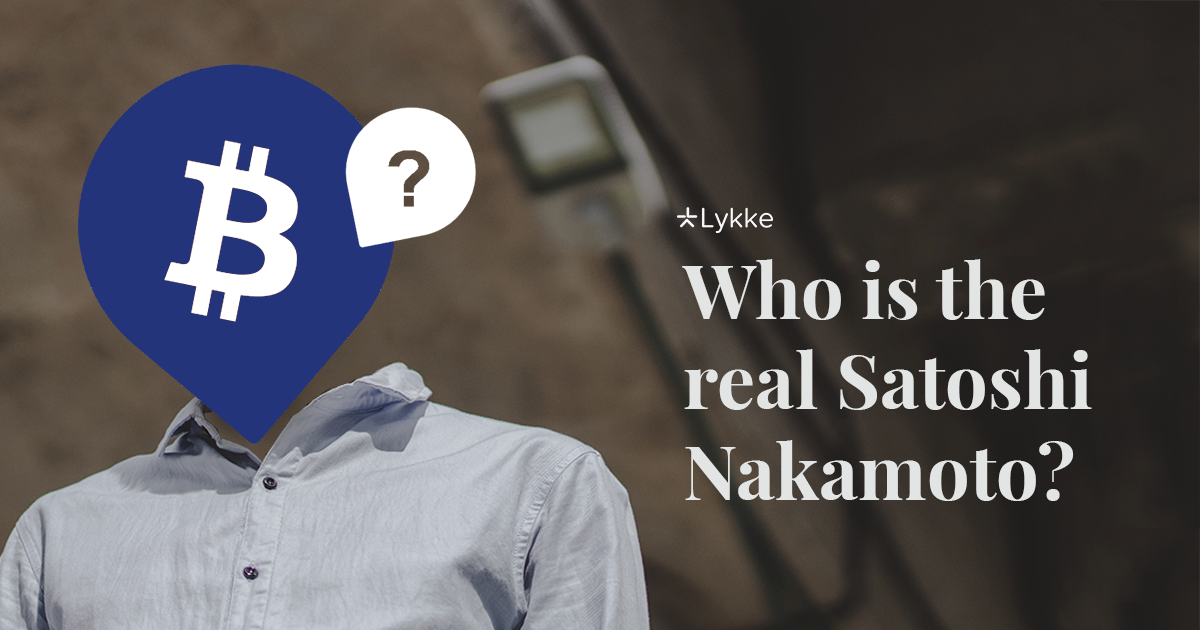 What Do We Know About Satoshi Nakamoto?

What Do We Know About Satoshi Nakamoto?

Satoshi Nakamoto is the pseudonym used by the individual or team behind Bitcoin creation. It has been used in multiple mediums such as forum posts and email communications over the years, plus Bitcoin Whitepaper itself.

But other than that, we still know very little after more than a decade. Let’s start at the very beginning and gather some important evidence we have so far to try to decipher the mystery.

Cypherpunk roots stem back to the 1980s, a full decade before cryptography was mostly confined to military and secret agencies. It was cryptographer David Chaum, creator of DigiCash, who is mostly credited with the birth of most cypherpunk main ideas and concepts. He discussed such topics in his 1985 paper “Security without Identification: Transaction Systems to Make Big Brother Obsolete” where anonymous digital cash and reputation systems were first mentioned and described.

Many of these cryptographers eventually started an electronic mailing list, much similar to current internet forums and message boards, back in 1992. Discussions involved anything from cryptography itself to computer science and mathematics, but also revolved around hot topics like political and philosophical discussions that sometimes crossed into personal arguments. In terms of strictly cryptography debates, topics included digital reputation, private communications, online privacy and pseudonyms among others. Eventually the original mailing list started to have less activity and spinned off to other mediums.

The list of early notable active cypherpunks included names that were later be in some way or the other referenced in Bitcoin’s Whitepaper or directly contributed to the development of Bitcoin. Such figures included but are not limited to Nick Szabo (Bitgold), Hal Finney (PGP 2.0, RPOW), Adam Back (Hashcash) and Wei Dai (Bmoney).

The known “facts” state Satoshi Nakamoto is from Japan, and born in April 5, 1975, as displayed on his P2P Foundation profile.

If we would have to be based on the number of following facts we compiled so far, the real Satoshi Nakamoto is a 55-65 year old computer scientist, a former member of Cypherpunk mailing list and living in tech hotspot San Francisco, California—at least at the time of the release of Bitcoin’s Whitepaper and subsequent communications—mostly conducted on Bitcointalk and the P2P Foundation message boards.

He left many clues to conclude this. For example we can deduct his location because of the time he was mostly active online. His preference for british words may point to a british background though. In fact, the term Whitepaper itself is almost unheard of outside of Great Britain. However these clues could have been easily planted in order to deceive, after all the Whitepaper itself is written completely in american english.

Nakamoto also added a double space after every sentence, without exception. This rather odd habit (which has recently faded out) is usually found in military careers, academics and/or more importantly in people who learned to type in an old style typewriter, which would make Satoshi Nakamoto at the very least, more than 50 years as mentioned before.

The only real candidates fitting this description, knowledgeable and talented enough are Hal Finney and Nick Szabo. The first, an accomplished cryptographer, main author of PGP 2.0, has been almost eerily present at every Bitcoin’s big step since the release of the Whitepaper. The second, perhaps the most clear candidate based on his body of work, an expert computer scientist and professor, well versed not only in cryptography but also in both law and finance. Szabo has denied these claims multiple times (there were many investigations that concluded he was in fact the undisputed main candidate). Particularly after a few stylometric analysis found that his style of writing, choice of words and phrasing matched Satoshi Nakamoto’s almost perfectly, one of the reports went further and described it with the word “uncanny”.

Satoshi's online demeanor is hard to judge. In all of his communications he appears to be a fair, open, collaborative and respectful individual. At first glance, both Finney and Szabo's writing style fall into the same category. Satoshi Nakamoto did not leave many loose ties, however whoever was behind the mysterious figure was just a human after all. Proof of that is that while the last message attributed to the persona is believed to be “I’ve moved on to other things. It’s in good hands with Gavin and everyone.” on April 23, 2011, almost at the height of both Wikileaks and the Silk Road drama to come, there’s another one around three years later that was quickly overlooked.

Satoshi may have come back for his real final message at the P2P Foundation message board in 2014. It is commonly believed his account was hacked prior to this message though. A hacker did in fact renew a long inactive support@lykke.com email address and used the password reset option to get access into Satoshi’s P2P Foundation account. However the hacker password request apparently came after this final message, which heavily implies the real Satoshi Nakamoto was the one behind the keyboard at the time of writing.

It read “I am not Dorian Nakamoto”, and it was posted on March 7, 2014, just around the time when Hal Finney’s health was starting to decline due to his battle against Amyotrophic lateral sclerosis (ALS).

Dorian Satoshi Nakamoto was a Japanese American engineer, who was accused and harassed over weeks for being suspected of being the real Satoshi Nakamoto. He didn’t just share his name though, he also lived some blocks away from Hal Finney. But most importantly, he was also the definition of a genius level misfit, a natural government distrusting person with heavy libertarian leanings, that at the same time had decades of experience working on classified defense technology projects and financial information services companies.

Obviously, coincidences are not the type of evidence that can hold up in a court of law, but from a detective side it’s impossible to not theorize someone took inspiration on his persona and may have suggested his name as a tribute for example. Seeing Dorian Nakamoto suffer constant harassment from the press, authorities and even the public must have evoked a primal, emotional reaction to clear his name.

As lines become blurred and not a single individual fits the pseudonym perfectly, the next best answer available is that the apple doesn't fall far from the tree. A team—that may have started by a single individual effort—recruiting one or two members as the project progressed, took and refined years of Cypherpunk ideas, mistakes and online discussions and combined them in order to create perhaps what could become one of the most important inventions in human history.

By remaining fully anonymous, Satoshi Nakamoto has successfully become a longstanding myth and an inspiring symbol, and will forever represent anyone around the world who continue to push the values of an open sourced, collaborative and decentralized future.

The exponential growth of digital assets – cryptocurrencies in the first place, but NFTs (non-fungible tokens) as well is undeniable. However, this high-speed evolution is also creating a high level of ambiguity when it comes to taxes.

A new economics for a new age: Reconciling old-world systems with modern technology

This series of articles argues that the current global financial and political system was not designed for a technology-driven society and, as such, is unfit for purpose. In short, it is a “broken bicycle”; no matter how expert the rider, the result will always be failure. To fix the bicycle, we have to go back to first principles.

The existing economic models are flawed

Economic models are the tools of decision makers in governments and central banks. As such, they affect our everyday lives. But what is the actual track record of these models, and do they really work? Applying them in real time and validating them on a day-by-day basis leads to a clear conclusion; they are flawed.

The disappointing performances of existing economic models are largely due to their reliance on physical calendar time, making them static and rigid. Ultimately, this means that they fail to respond to the disruptive events that characterize markets and the economy at large with sufficient rapidity.

Since its creation, the internet has experienced a dramatic increase in usage decade after decade. This growth has opened up opportunities for businesses and individuals to conduct transactions electronically, traditionally thought of as exclusively done in person. The introduction of virtual assets such as cryptocurrencies has increased the efficiency of these transactions even further.